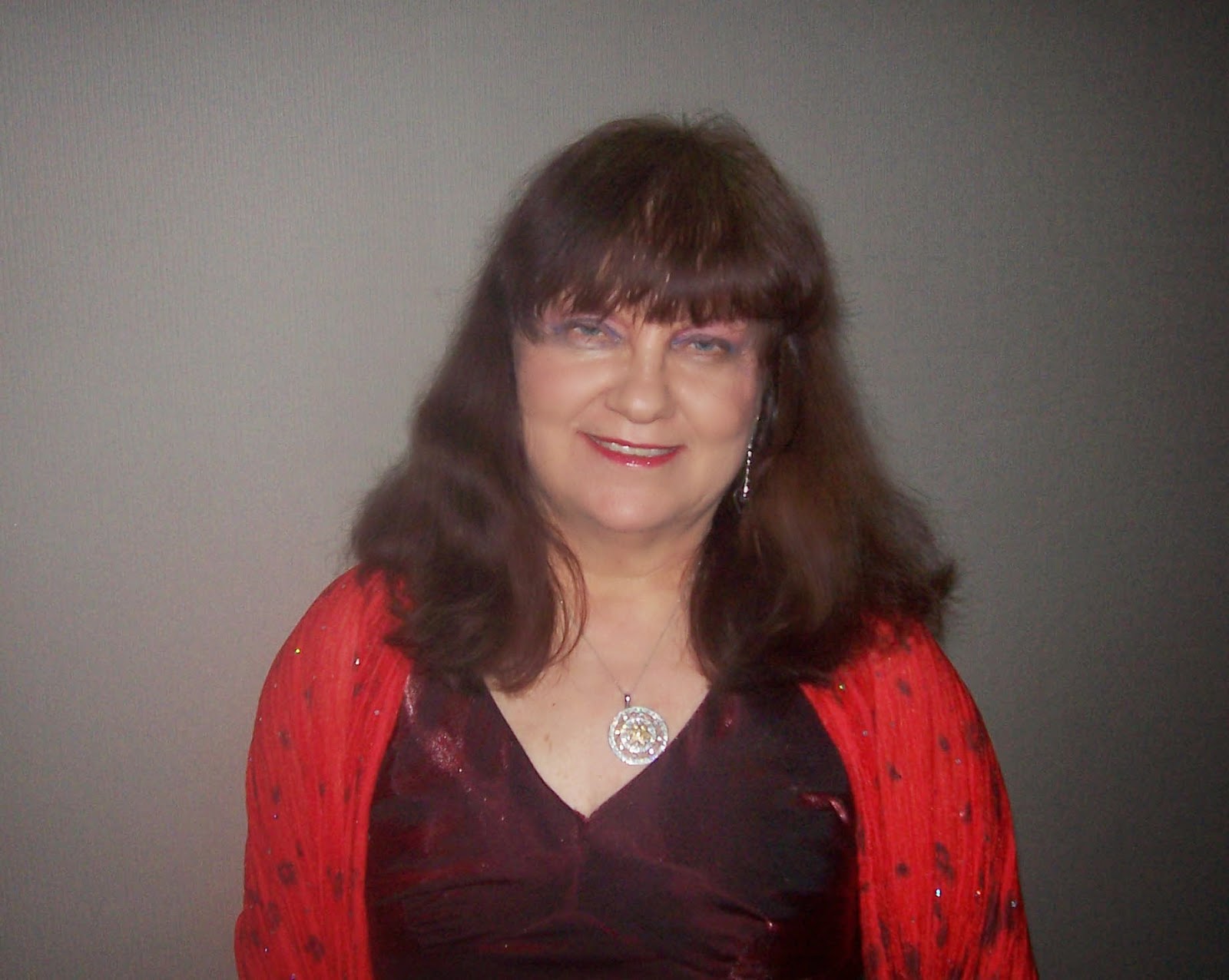 Tell us about your writing journey.

I have always enjoyed reading and plotting stories in my head and can’t remember when I didn’t. I progressed from children’s adventure and horror to romance and murder mystery. Occasionally I’d write poetry or short stories but didn’t have the discipline to pursue it.

After retiring I spend a lot of time reading romance and decided to buy a computer and have fun trying to make sense of the random scenarios in my head.

I’ve written a few category novels - most of which need drastic editing and have a few more in progress. I have entered Little Gems 10 times over four years and love the feedback. I find most criticism justified when I check it against my writing. Favourite comment: ‘This was my favourite entry. I would love to read more from this author.’ In 2013 I finalled with 'Stealing the Detective’s Heart'. Holding a copy of your published story ranks right up there with jumping from a plane.

How long have you been involved in the South Australian Romance Authors group and Romance Writers of Australia, and how many conferences have you attended?

I joined SARA, RWA and the SAWC in late 2009 and went to my first conference in 2010. Haven’t missed any since and enjoy the workshops and meeting other writers. Leith always comes. He’s a consummate traveller - quite happy to explore any city on his own and attend special night functions.

What do you get up to in a typical day? And what did you do before you were a writer?

I was a bookkeeper for 50 years apart from time out when the boys were young. Now I write, read, travel and am trying to clear 40 years of accumulated stuff from my study and the back shed. This means bin it, save it or take it to the Salvation Army!

Is it true your husband critiques all your manuscripts?

Leith has read and critiqued all of my Little Gems entries and a reasonable amount of the novels. He’s listened to hours of plots and scenes, given constructive advice (i.e. Aussie men don’t say that), helps out with technical stuff and willingly does research for me. He’ll also act out a scene with me to check whether it’s practical.

Who are your favourite authors?
I don’t have favourite authors. I tend to skim-read and if the story grabs me I’ll reread it. I have some I keep and reread passages or the whole book just for the enjoyment of the story. ‘All a Man Can Ask’ by Virginia Kantra (2003), ‘Perfect Morning’ By Marcia Evanick (1989) and ‘Uneasy Alliance’ by Jayne Ann Krentz (1984) can always grab me. I also love intrigue if the story and the love interest are believable and strong.

Finally, what’s something people might be surprised to learn about you?
We love travelling now we have time and can afford it and have visited and helicoptered over the three great waterfalls of the world. Relaxing and writing on a cruise boat is special.

Whenever the opportunity arises I love to try something risky. I’ve white water rafted, hot air ballooned, abseiled, skydived and in Zimbabwe crawled to the edge of the African rift to see a waterfall hundreds of metres below in the valley.

I’d like to be able to swim but after a few strokes I sink. In an emergency I’ll just have to hit bottom and run like heck – which with my arthritic hip and knee doesn’t promise much hope!
Posted by Carla at 12:00 AM 3 comments:

Hello, fellow romance lovers, and welcome to another instalment of the scrumptiously sassy SARA Reading Adventures.

If you're anything like me, you're dying to flick the calendar over to a warmer October, and you've been revelling in the recent spate of Indian Summer weather that has been bestowed on us here in lovely South Australia.

But....there is one great, GREAT thing about winter--reading romance in front of the FIRE.


Now, I'm not sure if Kyoko Church has a fire or not (she lives in the chilly Adelaide Hills, as I do, so chances are high), but nonetheless, she has been reading The Vale Girl.

Kyoko Church:  "I've read The Vale Girl, a debut novel by Aussie author Nelika McDonald. It was brilliant! Masterfully presented plot, beautifully written, couldn't put it down. It reads like a mystery which is normally not my thing but the literary quality of this kept me reading. Big recommend."

"If you leave no trace, nobody could say later whether you were even there at all."Fourteen-year-old Sarah Vale has gone missing in the small town of Banville. She's the daughter of the town whore so no one seems particularly concerned.No one cares except Tommy Johns, who loves Sarah Vale with all the unadulterated, tentative passion of a teenage boy. He galvanises the town's policeman Sergeant Henson and, together, they turn the town inside out, searching for the lost girl.A delicate and layered exploration of secrets and lies, forgotten children and absent parents, and the long shadows of the past.An extraordinary debut from a talented new writer.


As for me, I've been continuing my sci-fi romance bent.

Here are some of the titles, check your Amazon Sci-Fi Romance list if you'd like to grab a copy.

In the distant future, Earth has been ravaged by war and famine, and after generations of bloodshed settles into peace only to be invaded by the alien Delroi. General Alrik Torfa needs a mate and his seers promise mates for many of his people on the distant planet Earth. He doesn't expect her to come easily, but is more than a little surprised to find her leading an enemy army. Outmanned and outgunned, there is no way the Earth forces can win.Sergeant Major Laney Bradford has always played her part and served her people well, but the demands of the Delroi's surrender are a bit extreme. Marriage? To one of them? Not likely. But she's fought for peace her entire life and when surrender talks are threatened by a conspiracy led by her people, Laney must choose. Will she submit to the alien invader or lead the fight against him?

Star Wanderers (Part 1: Outworlder) by Joe Vasic
When Jeremiah arrived at Megiddo Station, all he wanted was to make some trades and resupply his starship. He never thought he'd come away with a wife. Before he knows it, he's back on his ship, alone with his accidental bride. Since neither of them speak the same language, he has no way to tell her that there's been a terrible mistake. And because of the deadly famine ravaging her home, there's no going back. She's entirely at his mercy, and that terrifies him more than anything.Jeremiah isn't ready to take responsibility for anyone. He's a star wanderer, roaming the Outworld frontier in search of his fortune. Someday he'll settle down, but for now, he just wants to drop the girl off at the next port and move on. As he soon finds out, though, she has other plans.

Sky Hunter (The Targon Tales 1) by Chris Reher
Air Command pilot Nova Whiteside is assigned to a remote outpost to guard the construction of a new tethered orbiter, Skyranch Twelve, against rebel sabotage. The difference between the well-ordered Union air fields and this dusty garrison is made painfully clear when she runs afoul a brutal commander of ground troops.Her assignment takes her from the midst of a bloody uprising to the elegant new space station where she hopes to train for her Hunter Class pilot grade. But not all runs according to protocol and she soon suspects that more than farming is being done up there. When she uncovers the treacherous and illicit schemes taking place, it seems that local riots are the least of their troubles.

The Return Journey by Michael Gillen
Two men go on a journey through space to a planet that is legendary for holding the answer to any question. But, on the way, they start having new questions about each other and themselves, and they are shocked by the answers they discover.

Date Night on Union Station by EM Foner
Kelly Frank is EarthCent’s top diplomat on Union Station, but her job description has always been a bit vague. When she receives a gift subscription to the dating service that’s rumored to be powered by the same benevolent artificial intelligence that runs the huge station, Kelly decides to swallow her pride and give it a shot. But as her dates go from bad to worse, she can only hope that the supposedly omniscient AI is planning a happy ending.


While I enjoyed most of these books, Loribelle Hunt is the author I'd reach for again, though Foner's book was amusing, and had my favourite hero, and I enjoyed the premise of Vasic's novella.

Until next time, happy reading and stay warm!

Posted by Emmeline Lock at 9:28 PM No comments:


Welcome to another edition of SARA News where everything is Sassy!


Roadshow Event - for lovers of writing and/or romance! 
Remember you can attend only one day if you can't make the whole weekend.

ROMANCE WRITERS OF AUSTRALIA MEMBERS - to obtain your discount, please book via 8223 7662 during Centre opening hours or email admin@sawriters.org.au

An amazing line up and an amazing program! Don't miss out!

The SAWC had a Meet the Group session on Thursday and seven of our members represented SARA, keeping the small audience of four enthralled! :) It's always great to talk about writing and romance!

Here is a photo of us after the meeting (thanks to Leesa Bow). It was so nice to catch up and have a chat.

There'll be a chance to talk to some of the SARA writers in the future...

Some of our ladies will appear on a panel called 'Kiss Me, Thrill Me, Kill Me'.
More details as they come to hand. 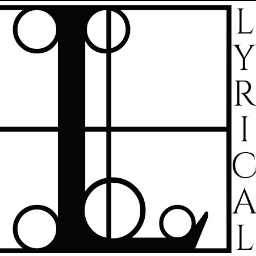 Virginia Taylor is happy to announce that she has contracted the single title historical romance, Starling to Kensington Books' Lyrical Press.  Starling is plain and poor but she has a work ethic second to none and something rare for a historical heroine, a sense of the ridiculous. She is not a typical historical romance heroine.  No details regarding publication date is yet to hand.

Trish Morey is happy to announce the sale of two books to Pan Macmillan Australia, the first entitled Stone Castles, a Womens' Fiction with a nod to RuRo (rural romance), to be published December 2014. The second TBA.

The Short of It

In April, Suzie Hindmarsh-Knights was the 2nd selling short story author over at Alfie Dog. Way to go, Suzie!

You can purchase Suzie's stories here.

~see you next time for more news~