Have you ever wondered what romance authors read when they're not writing?  Well, you've come to the right place!


Now, I don't know how Carla Caruso does it.  Despite releasing new reads with Destiny Romance, penning freelance articles for various sources and looking after her rather gorgeous twin babies, she also finds time to keep me in the loop with her reading shenanigans.  If anyone's looking for Wonder Woman's lasso and red high-waisted pants, I think Carla's got them... 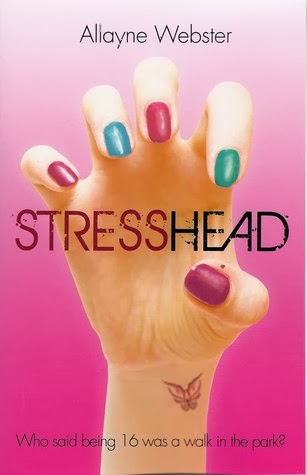 I just read Stresshead by Allayne Webster, prompted by two things – a) meeting the lovely Adelaide writer in the flesh (we have a bit of a Kingston SE connection – she grew up in the Big Lobster-owning town and I worked at a newspaper there for 1.5 years!) and b) wanting to try my hand at YA after a few years of having the thought at the back of my head and not doing anything about it.

The book took me back to the fiction I used to love to read as an angsty teen (hello Judy Blume and Melina Marchetta!) In short, it’s about a youngster, amid a family of lawyers, who’s not sure if she wants to go the legal path. Nor is she sure if she and her boyfriend still ‘work’. It’s written in an easy-to-read style, with a well-drawn cast of family and friends, and also tackles serious issues like cancer, teen pregnancy, and sexuality. I especially like that this book doesn’t try to tie up all the loose ends in pretty bows. I’m onto reading another of Allayne’s books now, Our Little Secret, which is apparently a little more controversial… Can’t wait!


Also in my to-be-read pile are Nobody But Him by SARA’s own Victoria Purman, House for all Seasons by Jenn J. McLeod (after reading an interview with the author by Adelaide’s Rowena Holloway), and A French Affair by Katie Fforde (heard a radio interview with this UK writer!)


Speaking of Wonder Women, Eleni Konstantine has also been keeping us in her reading loop:


I’ve been reading Shona Husk’s Court of Annwyn series and have been thoroughly enjoying them. Annwyn is the place between life and death where fairies live. 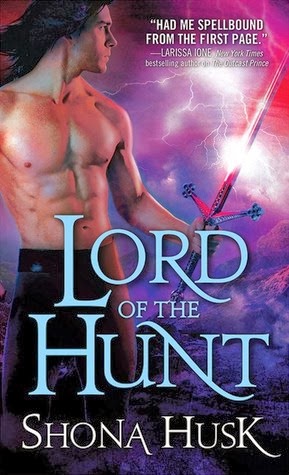 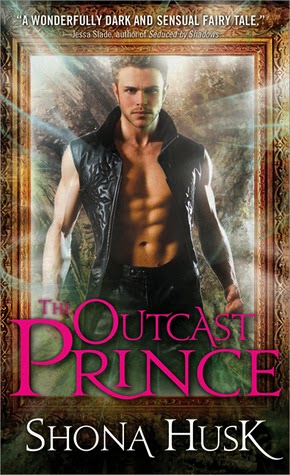 The Outcast Prince (book 1) is a book about the changeling (but not as we know a changeling), Caspian, and his ability in psychometry. While assessing objects of a deceased estate, he meets Lydia - a human who can capture his heart. He must protect her from his world and this may mean walking away.

Lord of the Hunt (book 2) is about Verden who becomes fascinated with a newcomer, Taryn, to the Annwyn Court. However, he a sworn loyal servant to the King who shows interest in her. Taryn seeks the King’s favour to pardon her exiled parents. With so much in the balance, these two fight being together.

I love the world-building in these stories. While each is a stand-alone story, the progression of Annwyn’s demise is seen through both of them. The stories took me away and are an easy read.
I am lucky enough to have read the novella that will be between book 2 and book 3, The Changeling Soldier,  as I’m designing the cover. A great read also - keep an eye out for that mid 2014.

I'm very glad Virginia Taylor has also let us know what she thinks of The Rosie Project.  I was so intrigued, I've gone out and got myself this one on Kindle...

THE ROSIE PROJECT
A romantic comedy by Graeme Simsion. 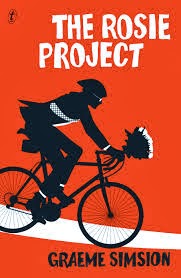 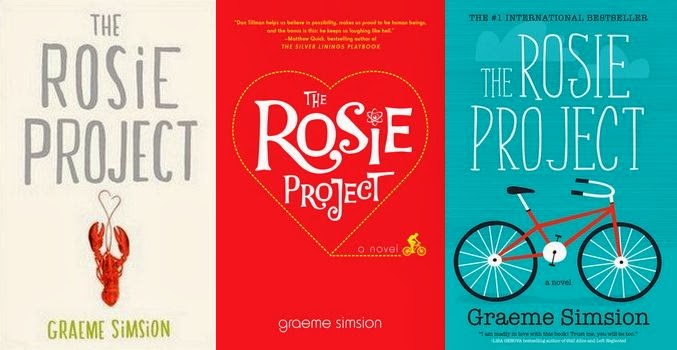 I didn’t want to read this book. My neighbour told me I would love it, but he’s a guy and the book is written by a guy. I presumed the orange-red cover with a silhouetted male cyclist was designed to grab male readers. Ghastly. I kept the book for two weeks, unopened.


To be fair, before returning this eyesore, I needed to read the first few pages, satisfy myself that I couldn’t read any more, and give the book back with my thanks. Hm. Didn’t happen. You know that ‘you caught me at hello’ thing? GS caught me at ‘The timing was extremely annoying. The preparation could be shared with lunch consumption . . .’ and that was the sixth line.
By the time I had read the first chapter, I totally agreed with the reviewers on the cover of the book and thought The Rosie Project was ‘endearing.’ Strange way to describe a book but it’s exactly right.
The story set in Melbourne was told in first person by a man named Don who isn’t an ordinary sort of professor of genetics. Because he doesn’t seem to be too popular with the other sex, he decides to find a wife by handing around a questionnaire to find the perfect partner. However, he wants every question completely right so that no woman can mess with his preference list. He isn’t interested in vegetarian women, frex, but he can’t ask if a woman is a vegetarian because there are so many variations on vegetarianism and one might slip through. His question is ‘would you eat a kidney if you had to?’ Of course, he doesn’t want a smoker or drinker either.
Enter Rosie, a vegetarian barmaid who smokes and drinks and is never on time. Fortunately, she isn’t looking for a husband, but a father, and Don can help her with a bit of DNA testing while not worrying if she might be a suitable wife for him.
I couldn’t put this book down. I missed lunch and I ate dinner while still reading. I stayed up late. It’s wonderful, and different, and this guy did write a romantic comedy. Although I wish I could give the story five stars, I can’t. When I had finished, although the ending was satisfactory, I felt let down. I think I didn’t want Don to change as much as he did. That was the only thing I can think of to explain the ‘oh’ I felt at the end.

Thank you, lovely ladies.  As always, a stellar job.

Until next time, happy reading.