Have you exhausted your supply of firewood yet, as we have, spending July sitting in front of the fire with your trackies on, a good book and a glass of your favourite?

The sun is just starting to make an appearance through the day here in the chilly Adelaide Hills, and I for one, could not be happier.

I can feel the hammock/book/glass of something cold combo coming on!  Yay!  My favourite reading position!


Here's what the lovely Beck Nicholas has been reading of late, though probably in the former scenario, rather than the latter.  There's been snow...

You Make Me by Erin McCarthy 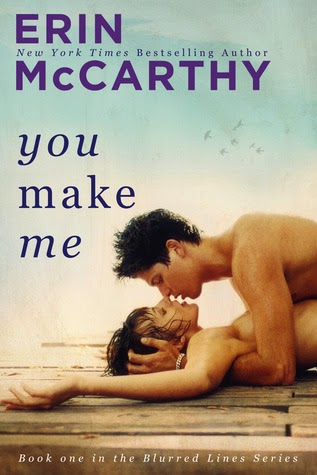 Growing up on the coast of Maine with a revolving door of foster siblings, Caitlyn Michaud spent one intense and passionate year falling in love with her foster brother, Heath. Then he left without a word. The betrayal devastated Caitlyn and made her vow to forget the compelling bad boy. But forgetting his sensual touch and their deep all-consuming friendship is easier said than done.Isn’t the guy she needs…Determined to move on, in college Caitlyn has risen above her small town impoverished roots and has joined a sorority, reinvented her appearance, and landed the right boyfriend. Pre-law major and frat president, Ethan, is thoughtful and always laughing, and he makes her feel happy, calm. He also gives her the social acceptance she craves. But the perfect world she tried so hard to attain is ripped apart when Heath appears one night out of nowhere. Caitlyn remembers all the reasons why she loves him, even if they don’t make sense to anyone but her. Out of the military, Heath is as brooding and intense as ever, and he is determined not only to win her back, but to exact revenge on everyone who kept him from her…And when one love allows her to breathe, but the other feels as essential to her life as air, how does she choose between them? 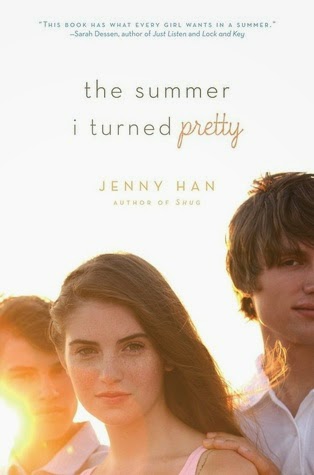 This is a NA title I saw recommended by someone on facebook. It was cheap and I was interested because it’s a contemporary Wuthering Heights.
I would describe it in one word – intense. Which, I think, is exactly what I would have expected if I’d stopped to think before. At the beginning our heroine, Cat,at has built herself the perfect life but we know as soon as Heath arrives on the scene that it is all going to have to break apart. And it’s painful to read. The intensity made for a page turner and I really enjoyed it except because of the pain between the two main characters I wasn’t quite sure I believed entirely in the happy ending. It still worked for me overall.

The Summer I Turned Pretty by Jenny Han

Belly measures her life in summers. Everything good, everything magical happens between the months of June and August. Winters are simply a time to count the weeks until the next summer, a place away from the beach house, away from Susannah, and most importantly, away from Jeremiah and Conrad. They are the boys that Belly has known since her very first summer--they have been her brother figures, her crushes, and everything in between. But one summer, one terrible and wonderful summer, the more everything changes, the more it all ends up just the way it should have been all along.

Beck:  This YA contemporary romance was a perfect summer beach read, for the middle of winter. I laughed and I cried and it was fun with a dash of romance and a lot about the heroine, Belly, growing up. I loved her transformation from oblivious and self-absorbed at the beginning to having a little more understanding of those around her. It’s told around the summer she’s 16 but there are regular flashbacks to other summers to show us her history with the summer house she’s visiting and the people she sees only in the summer. I really liked this one.

And just who is Beck Nicholas, you might ask?

She's the author of Lifer (coming out in December) and a SARA! 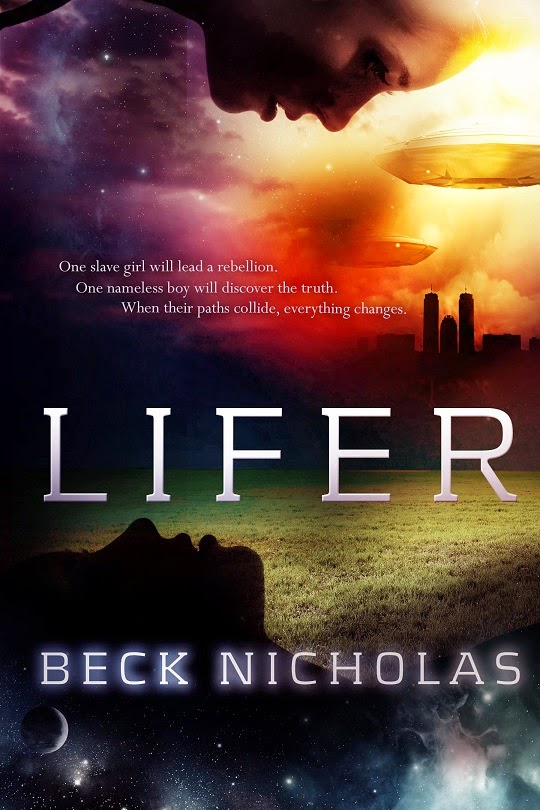 Asher is a Lifer, a slave aboard the spaceship Pelican. A member of the lowest rung of society, she must serve the ship’s Officials and Astronauts as punishment for her grandparents’ crimes back on Earth. The one thing that made life bearable was her illicit relationship with Samuai, a Fishie boy, but he died alongside her brother in a freak training accident.
Still grieving for the loss of her loved ones, Asher is summoned to the upper levels to wait on Lady, the head Official’s wife and Samuai’s mother. It is the perfect opportunity to gather intel for the Lifer’s brewing rebellion. There’s just one problem—the last girl who went to the upper levels never came back.
On the other side of the universe, an alien attack has left Earth in shambles and a group called The Company has taken control. Blank wakes up in a pond completely naked and with no memory, not even his real name. So when a hot girl named Megs invites him to a black-market gaming warehouse where winning means information, he doesn’t think twice about playing. But sometimes the past is better left buried.
As Asher and Blank’s worlds collide, the truth comes out—everyone has been lied to. Bourne Identity meets Under the Never Sky in this intergalactic tale of love and deception from debut novelist Beck Nicholas.
Coming December 16 from Month9Books.