Good afternoon, dear readers.
Here at SARA, we are fully cognisant of the fact that releasearama isn't a word.  We work in good, socially acceptable words all the time.  Releasearama isn't one of them.

But for today, releasearama is our word of choice which we will use to describe the cavalcade of new releases that is spilling out of SARA right at this very moment.  We're drunk on creative power!  We're taking creative license!  We've lost our minds!

As you will, when you see the wordy goodness that SARA is serving up to you, our beloved readers, in the near future.

Here's what some very clever Australian authors had to say about it:


‘[Tess’s] writing is lively and taut and generates emotion. Her characters spring to life and her stories move at a fast pace.’ – Anne Gracie

‘I was blown away by the sparkling brilliance of Tess’s writing. She has a real gift for historical atmosphere, compelling characters, sexual tension and witty dialogue.’ – Anna Campbell
A rollicking, funny historical romance of mistaken identity, wagon trains and an irresistible attraction. 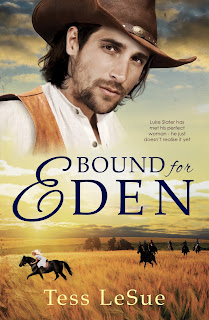 Fleeing from the murderous Grady brothers with a stolen fortune hidden in her luggage and her younger brother and sister in tow, Alex disguises herself as a boy to join a wagon train headed West … a wagon train captained by the irresistible Luke Slater. Alexandra Barratt has found the perfect man – it’s a shame he thinks she’s a boy.

At first, Alex can’t believe the way every woman in town falls at Luke’s feet, including her suddenly flirtatious sister. But when she sees him naked in the bathtub, she finds herself swooning over him too. If only she could wash the muck of her face and show him who she really is…

As for Luke, he has no idea that the ragtag boy in his care is none other than the woman of his dreams. But when circumstances contrive to throw Luke and Alex into each other’s arms, their relationship becomes very complicated indeed. In fact, with the brutal Silas Grady in pursuit, keeping their secret becomes a matter of life and death…

Pre-order it now:  Amazon, iBooks, at Booktopia, Dymocks, Kobo, GooglePlay.
If you're that way inclined, you might like to head to Tess' book launch.  Details here.  It's at the Exeter Hotel.  Say no more, sistah.

Victoria Purman is also welcoming a new book baby!
The Three Miss Allens is being brought by the stork in October (okay, by Harlequin Australia), and you can find out the details of the baby shower (aka book launch) here. 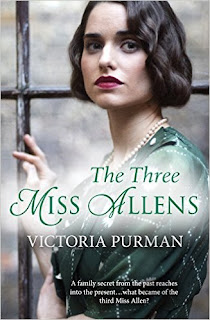 How much of who we are is destiny and how much chance?
In 1934, the three Miss Allens - Ruby, Adeline and Clara - arrive in the seaside town of Remarkable Bay for their annual summer holiday. It’s the last time they’ll spend summers as a family. Adeline is engaged, Ruby is weighing up an offer, and Clara is just eighteen and about to start her life. But by summer’s end, the lives they have known will change irrevocably and a mysterious secret will tear the family apart.
Eighty-two years later, Ruby’s great-granddaughter Roma Harris moves to the now sleepy Remarkable Bay, retreating from tragedy. Roma’s distant cousin Addy arrives too, fleeing a life with too much drama. It’s only when the women discover an old guest book that they start asking questions about the mysterious third Miss Allen. Who was she? Why has she disappeared from the family’s history?

If they solve this mystery from their past, could it change the women’s futures?

If you want to get your copy as soon as it’s released, pre-order now from iBooks, Amazon, Google Play, Kobo, Harlequin Australia or Booktopia. 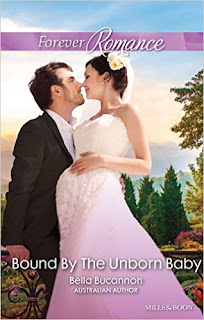 Surrogacy is the closest Alina Fletcher dares get to motherhood. But when she tells tycoon Ethan James that she’s carrying his late sister’s child, his solution takes her breath away – a temporary marriage of convenience for the baby’s sake!​Alina knows it’s the right decision for her baby, but is marrying a stranger – especially one who makes her heart sing! – the right choice for her? Having loved and lost her own family, this proposal could be another chance at happiness…if only Alina’s brave enough to say ‘I do’!
You can pre-order it now here:  Amazon US, Amazon UK , Amazon Aus, Harlequin US, ​Mills & Boon UK. 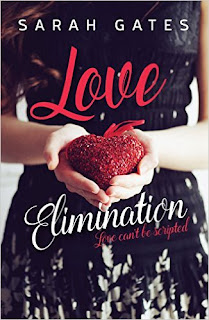 Love Elimination might be a hit new reality dating show, but Anna Hobbs isn’t in it for love.
Anna is a reluctant fill-in coerced onto the show by her sister, a producer. She dreams of owning her own dessert café; a dream that has taken years of hard work and strict saving. She knows reality TV is a big, manipulated lie — and gorgeous leading man Luke Westwood can’t possibly be for real. Can he?
Olympian snowboarder Luke Westwood thought he had retired from competition. Now he’s starring in the cutthroat world of Love Elimination, with twelve beautiful women vying for his attention against the backdrop of a tropical paradise.  With cameras in every corner, why is it only Anna — careful Anna with her bills and budgets — who Luke feels he can be himself with, at long last?


All Anna wants is a quick elimination, but with each date she is more reluctant to relinquish Luke to the conniving contestants — or even to the women who are starting to become friends. It doesn’t help when Luke insists on using the limitless television budget to indulge her heart’s desires. Or that the moments they’ve stolen, alone and away from the cameras, have sizzled with passion. As the dates wear on the evictions become more brutal and the contestants’ secrets are exposed. Will the pressure get too much? Or will love close in on Luke and Anna?

Virginia Taylor's Starling, the first book in the South Landers Series, is currently on sale for 99c!  It precedes Ella, Charlotte and Wenna (due early 2017).  Get yours while they're hot!  Links are to B&N, but find Starling at all good retailers!

An aspiring dressmaker, orphaned Starling Smith is accustomed to fighting for her own survival. But when she’s offered a year’s wages to temporarily pose as a wealthy man’s bride, she suspects ulterior motives. She can’t lose the chance to open her own shop, but she won’t be any man’s lover, not even handsome, infuriating Alisdair Seymour’s… To prevent his visiting sister from parading potential brides in front of him, Alisdair has decided to present a fake wife. He lost his heart once, and had it broken—he doesn’t intend to do it again. But stubborn, spirited Starling is more alluring than he bargained for, and Alisdair will risk everything he has to prove his love is true… Set against the sweeping backdrop of 1866 South Australia, Starling is a novel of cherished dreams and powerful desires, and the young woman bold enough to claim them both…

So pour a glass of local red, grab your favourite throw, and curl up in front of the fire to enjoy SARA's winter RELEASEARAMA*!
Until next time, happy reading,
Emmeline. x
* We won't use it again.  Promise.  Unless we forget that we said we wouldn't.  Or we are hit with another slew of awesome releases.
Mmm.  Let's face it.  We probably will.  Sorry in advance.  <3
Posted by Emmeline Lock at 6:12 PM No comments: 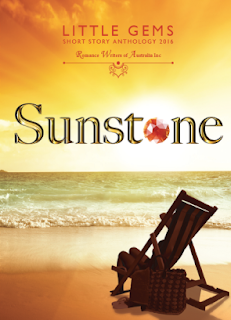 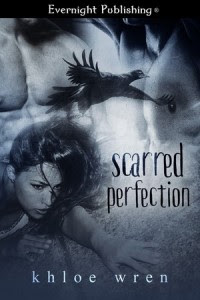 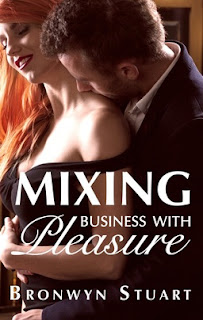 SARA News - Ringing in the new year with new news!

With our Christmas pudding all eaten, and our New Year’s Resolutions made (and broken.  Don’t judge. *smiley face* ), it’s time to get on and celebrate the new year with some new news!

Maggie Mundy has two new releases out.  One is Scarred Protector, which is the second book in the Midworlder Trilogy. 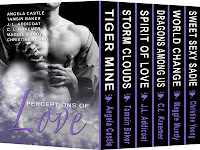 Angels and demons are not what you think. They are aliens, and the Midworlders are their

representatives on Earth. An Angelic Midworlder called Heath goes to the aid of Evie who is

about to be attacked by Demonics. He soon discovers she can see the angels and demons

around her and is in grave danger. He is captivated by Evie who has physical and mental

scars like him. They are tortured souls who are deeply connected by his past. There is an evil lurking inside Evie that could kill them both.

You might recall that late last year Liana Skrzypczak won a spot in the Hachette Mentoring Program with her dystopian YA, Gold.  Well, just in case that wasn't stupendously clever enough, she’s gone and done it again, this time receiving a Carclew Professional Development Grant to work with NY Times Bestselling author Sean Williams.

Check out here for the full list of recipients.  Liana is going to be a busy little writer this year.  Go you, girlfriend!

Finally, Virginia Taylor’s new book Charlotte, with be published on February 2nd by Kensington Books.  This is the third in the South Landers Series, following Starling and Ella.   Virginia's on a roll! 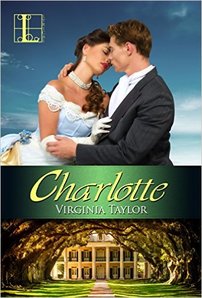