Hello, loyal SARA followers, and welcome to September's instalment of the very adventurous...

(To be honest, authoring is a very solitary and sometimes, ahem, boring pursuit, so if we use words like ADVENTURE and FUN and SPARKLY and WINE (often those last two together) it makes it sound like a party in here.)

(Which, of course, it totally is.)

While Virginia Taylor has been partying solidly like a rockstar since the recent release of her books Dr No Commitment, and Losing Patients, she has found time (obviously, she doesn't sleep, just like all rockstars) to give us this review gem:

Untamed, by Anna Cowan
Rated with five stars from me.

I’m not going to tell the story of Untamed because that’s not what I do. I read for the whole experience, the prose, the characters, and the stories. Often I don’t buy a book because the story told by the reviewer isn’t one I might be interested in, whereas if reviewer simply gave the impression of the story and why she liked/disliked it, I would look for myself.
As it happens, a five star review did interest me enough to go to Amazon and look. I always read the first couple of pages online. I saw some fairly ordinary editing and that Untamed was ranked at about 700,000 by Amazon. At that stage, I didn’t understand the Amazon author rankings or how many books a writer needed to sell to suddenly get a good ranking, which had been happening to me. So, with selfish experimentation in mind I bought the book. At 700,000 I could assume that I would probably be the only buyer in a 24 hour period. In case anyone is interested, the sale dropped her to about 200,000 and I didn’t start reading right away because I was pretty sure I wouldn’t want to read too much.
I couldn’t have been more wrong.
Somewhere in the middle of the first chapter I read a sentence that made my heart sing. The prose was simply stunning. Of course I read on and was not only lost in some beautiful words -  which I can’t show you - because my Kindle won’t let me get back into the story unless I go backwards page by page from the end to the beginning and I don’t have time.
So, trust me. Anna Cowan is a fantastic writer.
One reviewer said ‘you either like this book or you hate it.’ This means the story is powerful. Other reviewers thought the story was about a boyish girl and girlish boy finding a strange connection that they didn’t want to know about.
I’m a Dorothy Dunnett fan and so I don’t see interesting characterisations quite so simply. This is a story about two damaged people who deal with their problems in their own way, and each needs the strengths of the other. This is what romance is about. Love, redemption, happy endings, and finding the ‘one.’
The heroine isn’t a boyish girl - she is a strong, caring woman, and easily the best heroine I’ve read for a very long time. The hero isn’t a girly boy. He was a renaissance man, that is, a man who has exceptional talents. Not only women fall in love with him, but men. If you can understand that a woman who is just as brilliant but not quite as beautiful can love him, which of course you can, you will love the book as much as I did. It’s a thrilling, clever story, and wonderfully written.


And not only is the heroine one of the best ever heroines I have read in a romance, the ending of the story is my nomination for the most exciting, wonderful ending in any romance, ever. It’s a keeper.

Thanks, Virginia.  We do love your reviews.

And here's some further gold from Maggie Mundy, who has been going crazy and celebrating like a Eurovision finalist, because the first book of her Midworlder Trilogy, Unknown Protector, is out THIS WEEK from Soul Mate Publishing.
To be honest, Maggie, that cover makes me feel a little like swinging from a chandelier, too.  Cover win! 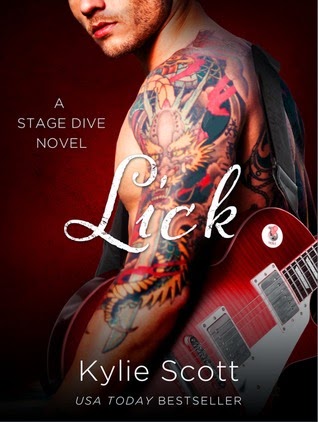 This is a quick read by the very popular author. It is based around a rock star romance that is a very popular genre at the moment. The heroine Ev  in this story finds herself recovering from a hangover to discover she has married a rock star.  It is the story of a relationship between the two that is on again, off again. The other band members cause problems as do old girlfriends. I did feel that it had a feel of a Twilight for rock stars about it. There is lots of sex in it that you don’t find in Twilight. The rest of the band will all get their own book as well. I would say that it was a young adult audience that it would appeal to. I received it as a free book at the roadshow.

This is a menage romance and I have to say the first one that I have read. It is a ScFi romance that has everything from spaceships to dragons in it. A group of girls get taken to another world where there is little technology. They are dressed in clothes that would resemble the Edwardian era. There is no way back to Earth so the girls will have to make the best of their lot. In this book Chelsea is rescued by two sexy dragon riders called Tarkin and Ari. She will find a new home, love and some great sex. The atmosphere of the book reminded me of Firefly by Joss Whedon. I think I would definitely be persuaded to read menage again.

Emmeline. xx
Posted by Emmeline Lock at 12:00 AM