SARA News - The book so nice, it's been released twice... 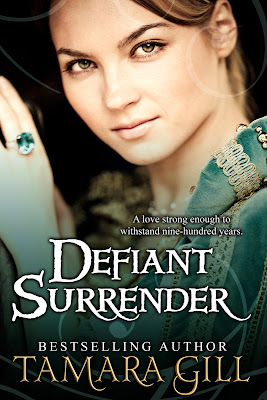 Unlucky in love, Maddie St. Clair hides behind an antique store and her mudlarking hobby. That is until she finds a medieval ring that throws her back to 1102 Cumberland and into the life of Lady Madeline Vincent, heiress to Norman lands and about to be married to an autocratic Baron, William Dowell, nine hundred years her senior. Lord William Dowell protects his own. Usually, from his closest neighbor and long standing foe the Baron of Aimecourt. Forced to marry his dead enemy's daughter, Lady Madeline, by King's decree, he hides his growing respect for his wife behind a wanton mistress. Yet when Madeline's life is threatened, William's loyalty to his kin is tested by the astonishing desire that flares between them. Not to mention the love that Madeline ignites that would last an eternity. If fate will allow . . . Sensuality Level: Sensual

Posted by Emmeline Lock at 5:38 PM