Welcome to another edition of SARA News.


We have a plethora of SASSY contract news today....

Virginia Taylor has sold her murder mystery rom com (wow that's a mouthful!) to Random Romance.  Losing Patients is due for e-release in June 2014.

Due for publication in US/UK and Australia in October 2014, Tycoon's Temptation is book five of the eight book Chatsfield Hotel Continuity which launches around June 2014.

Khloe Wren has signed her ninth contract and first with Evernight Publishing for her book, Jaguar Secrets.


Who would have thought saving a stray cat could change your whole life? Yet that is exactly what happens when Cammi saves a black kitten from under a jetty.

Jaguar shape shifter Luca is out looking for his ratbag little brother Rogue, who’s taken off again. He finds Cammi rescuing him and instantly recognizes she is his mate. She passes out when Rogue flashes form so Luca takes her home, to discover his best friend, Nate is also Cammi’s destined mate.

When Cammi’s self-appointed big brother learns the shifters are after her heart, he takes matters into his own hands and attempts to convince her they are not for her. Who will Cammi believe? Her two new lovers or a friend who is the closest thing to family she’s ever known.’

Eleni Konstantine join the ranks of Alfie Dog with her short story, Enchanted. Due for release on 4th December 2013. 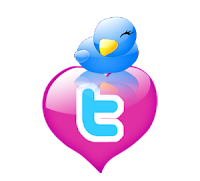