We lead off with two reviews from Khloe Wren:

In love with a girl from school and the man hired to torture her, Einan is sent reeling when she thinks them dead. Destitute, she finds herself responsible for protecting children left uncared for in the wake of the Cedesian War.
Poor children are disappearing all over the city. While struggling to keep them safe, Ein accidentally sparks a rebellion. Will love find her again in the chaos or will she die a martyr?Warning: Polyamory m/f/f/m, dominance and submission, bondage, graphic sex, reluctant sex trade work, kidnapping, torture. 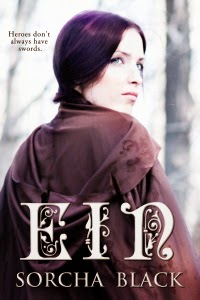 Generally speaking I don't read fantasy or stories with female/female elements (also contains m/f and m/f/f/m). Through a recommendation I picked up Ein and couldn't put it down. What an epic tale! The heroine is Ein, a women who possess no super powers or royal blood. Yet she wars against all that life throws at her, no matter how tragic. Sorcha has crafted a uniquely brilliant story of overcoming the odds to find a HEA when at times it seemed impossible. (I also should add, you'll need a box of Kleenex for the first couple chapters - but it's worth it.) 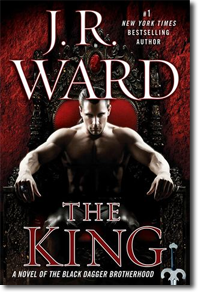 Long live the King… After turning his back on the throne for centuries, Wrath, son of Wrath, finally assumed his father’s mantle--with the help of his beloved mate. But the crown sets heavily on his head. As the war with the Lessening Society rages on, and the threat from the Band of Bastards truly hits home, he is forced to make choices that put everything--and everyone--at risk.Beth Randall thought she knew what she was getting into when she mated the last pure blooded vampire on the planet: An easy ride was not it. But when she decides she wants a child, she’s unprepared for Wrath’s response--or the distance it creates between them.The question is, will true love win out... or tortured legacy take over?

I am a massive Ward fan. I have every Black Dagger Brotherhood book in Kindle, paperback and Audible formats. I also proudly own eight personalized signed hard covers. So I guess I'm a little biased! However I read all  592 pages of The King in under thirty-six hours and that was with a sick child and other real life things I had to do. The King takes twists and turns you never saw coming and the ending was perfect. I hate reviews that give spoilers so I won't go into details but The King is definitely worth reading. Can't believe I have to wait another year for the next one! Oh, and I suspect JR Ward really doesn't like Miley Cyrus!

"At Star's End" by Anna Hackett 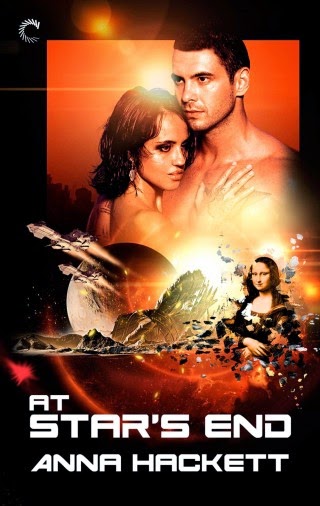 I'm on a bit of a sci-fi rampage at the moment (um, 'the moment' lasting about six years), so when I was asked to take a look at this book in its infancy, I said, "Hell, yes."

That said, I've never said no to any of Anna's books, so its was really a moot point.


Dr. Eos Rai has spent a lifetime dedicated to her mother's dream of finding the long-lost Mona Lisa. When Eos uncovers tantalizing evidence of Star's End--the last known location of the masterpiece--she's shocked when her employer, the Galactic Institute of Historic Preservation, refuses to back her expedition. Left with no choice, Eos must trust the most notorious treasure hunter in the galaxy, a man she finds infuriating, annoying and far too tempting.Dathan Phoenix can sniff out relics at a stellar mile. With his brothers by his side, he takes the adventures that suit him and refuses to become a lazy, bitter failure like their father. When the gorgeous Eos Rai comes looking to hire him, he knows she's trouble, but he's lured into a hunt that turns into a wild and dangerous adventure. As Eos and Dathan are pushed to their limits, they discover treasure isn't the only thing they're drawn to...but how will their desire survive when Dathan demands the Mona Lisa as his payment?


Ladies and gentlemen, this is a top-notch short sci-fi romance.  At just over forty thousand words, its the perfect after-dinner mint to your stodgy work day.

Eos and Dathan, polar opposites, are cleverly juxtaposed. Their romance is fluid and gorgeous, the writing seamless, the action frenetic and the world building awesome, with tantalizing hints of contemporary earth.  Which is fortunate, because there are more Phoenix Brothers to come.  Hallelujah!

Hackett has a deft hand with these fast-moving shorts, apparent ever since her first release Savage Dragon, her pitch-winner with Harlequin Nocturne Bites back in '09.  The Phoenix Adventures are set in the same world as Hackett's Carina Press release, Winter Fusion.

We hope we have whetted your reading appetite!

Until next time, happy reading.

Posted by Emmeline Lock at 1:55 PM