UP CLOSE with SARA member and debut author Victoria Purman 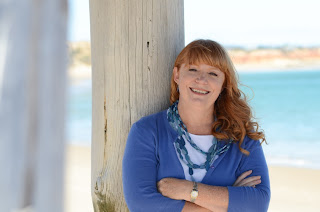 What made you go from the media and world of politics to romance writing?

Because there are no handsome men or happy ever afters in politics! Seriously, since I was a teenager I’ve wanted to be an author. But it always seemed more fantasy than reality, so I put that ambition aside for many years while I went into the world and got a “real” job. A real job that happened to involve writing! As well as the “real” job, my husband and I had three children and life just got in the way. I loved being a journalist, and also loved working in politics, but the dream was always there, niggling away at me whenever I read a book I enjoyed. And finally, at the beginning of 2012, I challenged myself to write a book. “It’s now or never” was my mantra! 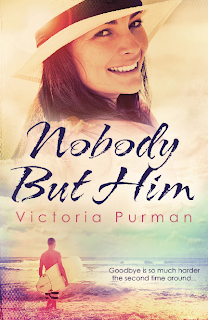 In your debut novel, Nobody But Him, the setting is SA’s Fleurieu Peninsula. What inspired you to write about the area?

As a family, we’ve spent many summers down on the south coast, and I simply love it. The stars are brighter, the air feels cleaner, the beaches are spectacular and the waves are awesome! I’ve tried to take all that and create a sea change experience for my readers, so no matter where they are when they’re reading it, they’ll get the feel of being on holidays at an Australian beach. While I love reading books set all over the world, I wanted to create a small-town story set in a place I knew and recognised. I hope my readers will too.

Why a trilogy? Is that just how the story and characters came to you?

I love reading trilogies myself so I really set out to create something I’d want to read – and keep reading. Once I visit a place in a book, and grow to love the setting, I want more. And with a trilogy, you’re guaranteed two more happy endings! It helped that when my publisher read Nobody But Him and asked if I had anything else like it, I could describe my plans for the next two books.

Where and when do you write? How do you juggle writing with being a mum?

With three teenage sons, there is rarely peace and quiet at home and no space for a study (damn it!) but I managed to wangle enough space for a desk in the bedroom – it’s literally one metre along a wall – and I write there.

When I set myself the challenge in February 2012 to write a book, I made a deal with the family. I cooked dinner and then I hid away for two hours each night and wrote. As long as they were fed, they were happy! I spent a couple of hours each day on the weekends too. Working that way, I finished the book in six months – a pretty exhausting six months, I have to say. Since then, I’ve become a part-time worker in the “real” world, so I have more time during the other days of the week.

You write beach-lit and love the beach, but, as you say on your site, have red hair and pale skin - worthy of Nicole Kidman! How do you enjoy the sun still ‘safely’?

Lots of sunscreen! To be truthful, I cover up – fear of skin cancer will do that to redheads from a very early age. But there are loads of ways to enjoy the beach safely. I love walking along and staring at the view and when I’m body boarding, I’m in a wetsuit, so that helps. It’s always nice to take a bottle of champagne there at sunset, too.

Loads! South Australia’s own Mills and Boon author Trish Morey, obviously. I did her romance writing workshop at the SA Writers Centre back in 2012, which inspired me to get serious. (And – pinch me - she came to my book launch!) I met Helene Young at the Romance Writers of Australia conference in 2012 and she signed my book with: “Good luck with your writing.” How’s that!

Similarly, Bronwyn Parry signed a book for me at RWA 13 – I love her romantic suspense so that was a thrill. Let’s see. I’ve danced with Anne Gracie. Hitched a ride in a cab with New York Times best-selling writer Julia Quinn. Shared a diet Coke with the delightful Rachael Johns (best-selling Harlequin author and new friend). Spied Sarah Mayberry at conference (but was too scared to talk to her). Got to touch Tricia Stringer’s Ruby [award]. That’s the joy of being involved with RWA. Newbies and million-selling authors are all in the same room at conference, and I’ve chatted with many of them on social media, too. They are all so lovely and supportive.

Any books you’ve read lately that have got you excited or inspired?

Helene Young’s Half Moon Bay was lyrical in its descriptions of far north Queensland and the sexual tension between her hero and heroine was smoking! Into My Arms by Kylie Ladd, although not a romance, was heartbreakingly beautiful. I also loved Kristan Higgins’ The Best Man. If I can be half as funny as her, I’ll die happy. And I’m devouring Bronwyn Parry’s Darkening Skies. I’m also hanging out to read Rachael Johns latest – Outback Dreams – we released on the same day!

Who in your life are you a tad anxious about reading the more, shall we say, lust-filled pages of your novel?

I was a little worried about what my mother might say, but she loved it, reminding me that she’s not a prude! I’m also wondering if some of my friends (who don’t normally read romance) may look at me a little differently now. My three sons have vowed they will never read it, so I’m safe there!

For more on Victoria, check out her site here.