This is the column where the SARA gals tell you about books they have been reading.

To start off, here's some adventures our Sassy bloggers have been reading.


The 28th of May saw the latest instalment of Alexandra Ivy’s Guardians of Eternity series released.  So, I thought I’d revisit the whole series before I read the latest.  This series is in the paranormal romance genre, it’s mainly focused on vampires and werewolves, however there are many other demons in the books. My favourite has to be Levet, the miniature French gargoyle (I actually named my daughter’s grey guinea pig Levet).

I didn’t get the whole way through the series, but got the first five read, so half way there.

The first in the series is ‘When Darkness Comes’.  This sees vampire, Dante, battle his way to winning his mate Abby, who is a ‘chalice’ to a Goddess.

The second, ‘Embrace The Darkness’, sees Vampire Clan Chief, Viper, go to any lengths to keep his mate, Shay (who is half human, half Shalott) safe and in his arms.

The third, ‘Darkness Everlasting’, brings us the story of the leader of the vampires, the mighty Anasso, Styx, Who falls to his knees before pureblood werewolf, Darcy (who has been genetically altered so she doesn’t shift, and grew up having no idea she was a werewolf).


The fourth, ‘Darkness Revealed’, is a little different to the other books.  It starts two hundred years ago when vampire Conte Cezar first meets Anna, who is a future Oracle and commands magic over the elements.  Then flicks forward to the present day.  Anna blames Cezar for her immortality, not realising she was anything other than human before her night in the arms of the vampire.  Their journey is highly entertaining and filled with a number of nasty fey, including the queen of the fairies. 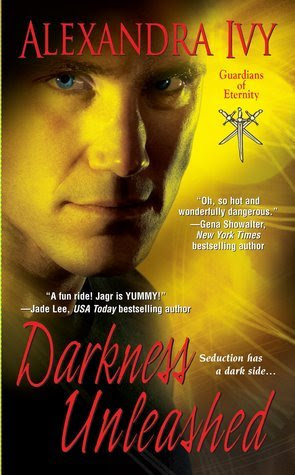 The fifth, ‘Darkness Unleashed’, sees tortured vampire Jagr sent out by Styx to rescue Darcy’s sister, werewolf Regan.  This tale of two tortured souls coming together, fighting their way to freedom, then learning how to live with one another is one of my favourites.


I adore Alexandra’s style of humour which is laced throughout each book.  No matter how many times I re-read this series, it gives me lots of laughs and a few tears.  The characters feature in the other books, so you get to keep up with what’s happening with them all.  With a lot of them, there’s a little tease in a previous book as to the couple coming up.  The language used is, I guess you could call it, conservative.  Little to no swearing, aside from Levet and his use of French ones!  The sex scenes are all loving and sweet. But still very hot and steamy!

I’d highly recommend this series to anyone who likes paranormal romances with a heavy dose of suspense.  I’m really looking forward to reading the latest and the tenth book in the series, ‘Darkness Avenged’, hopefully I’ll get there in June! 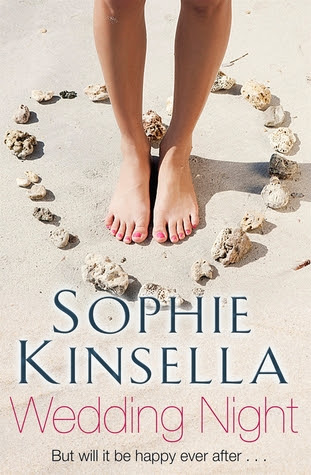 I am a humungous Sophie Kinsella fan and wait with bated breath for her every release. They never seem to come around quick enough!

Her latest offering is Wedding Night. For the first time, Kinsella's written from the perspective of two heroines (and sisters), though the story's still in first-person and penned with her usual quirky sense of humour.

This book didn't grab me AS MUCH as her last one, I've Got Your Number - and classics like The Undomestic Goddess, Remember Me, or Can You Keep a Secret?, remain faves - but I still devoured this tome within mere days. Maybe the emphasis on the sisters' relationship rather than the love interests didn't hold as much appeal. However, when it comes to Kinsella, I set the bar pretty high, so it was still a stellar read.

And the siblings were a lot of fun to be in the company of! 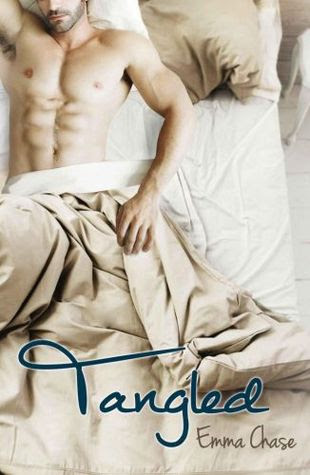 I loved this book. A refreshing man's-eye view of the dating game, written in a very different and amusing voice. Drew is a charming, arrogant, powerful--ahem, bastard--and his horrific head-long descent into love is very satisfying. A ripping enemies-to-lovers story. Looking forward to more from Emma Chase. 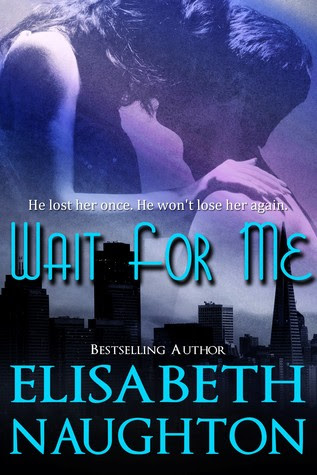 Wait For Me by Elisabeth Naughton

I'm on the precipice of morphing into a Naughton fangirl. I enjoyed Marked, her first Eternal Guardians book, so I thought I'd give this contemporary a go.

An amnesia story, it was difficult initially to see how Naughton was going to play this one. It started a bit out of the realm of reality. But she pulled it together beautifully. A sharp mystery, solid cast of characters and lovely forgotten love story that I would definitely read again.

And finally, here's my cross-posted review from Goodreads for 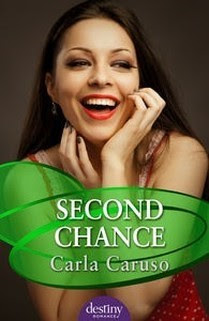 Ya know, I read CITYGLITTER, Carla Caruso's other Destiny title, and I thought it was great. Interesting, cute, fun, sexy, all that. A really good book.

Well, I've just finished SECOND CHANCE, and I bloody loved it! The nineties pop culture references, the irreverent heroine, the character arcs, the fabulous city, the simply-done time travel. Went nuts for the cool retro-ness of it all.

It also helped that the hero was completely gorgeous. If I ever meet him in real life, I want to lick him then take him home to meet my parents. 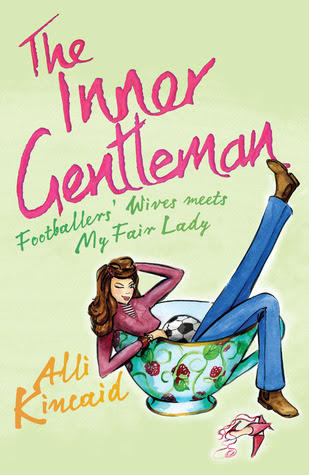 My reading has been slow very slow lately. The last book I read was Alli Kincaid's The Inner Gentleman. I don't know what I was expecting from this book but I didn't realise it would not only be a fun read but also an emotional one in places too.

Mia has a lot to think on - a very sick father in Tasmania, renovating an ancestral home, her cousin and his trying to take the ancestral home away, and having to do one last job for him at The Inner Gentleman. The job - take London United's star player, Josh Watkins- and turn him into a gentleman. All in eight weeks.

Mia is on a roller coaster ride rushing as she deals with all aspects of her life. As she gets to know Josh, she know there is something deeper to the man but getting him to talk is like pulling teeth. She realises she has to reveal things about herself. But that means revealing her past. She's not sure if she's ready for that or for the increasingly failing health of her father.

It's a good paced story with plenty of passages that may you chuckle along the way, but one that also makes you think about keeping up appearances.


Currently reading
I had some issues with my Kindle app for a while but it's now sorted and I'm finally getting back to reading Cityglitter by our own Carla Caruso. I'm loving it!

Why don't you tell us what you have been reading?

Posted by Eleni Konstantine at 9:30 AM